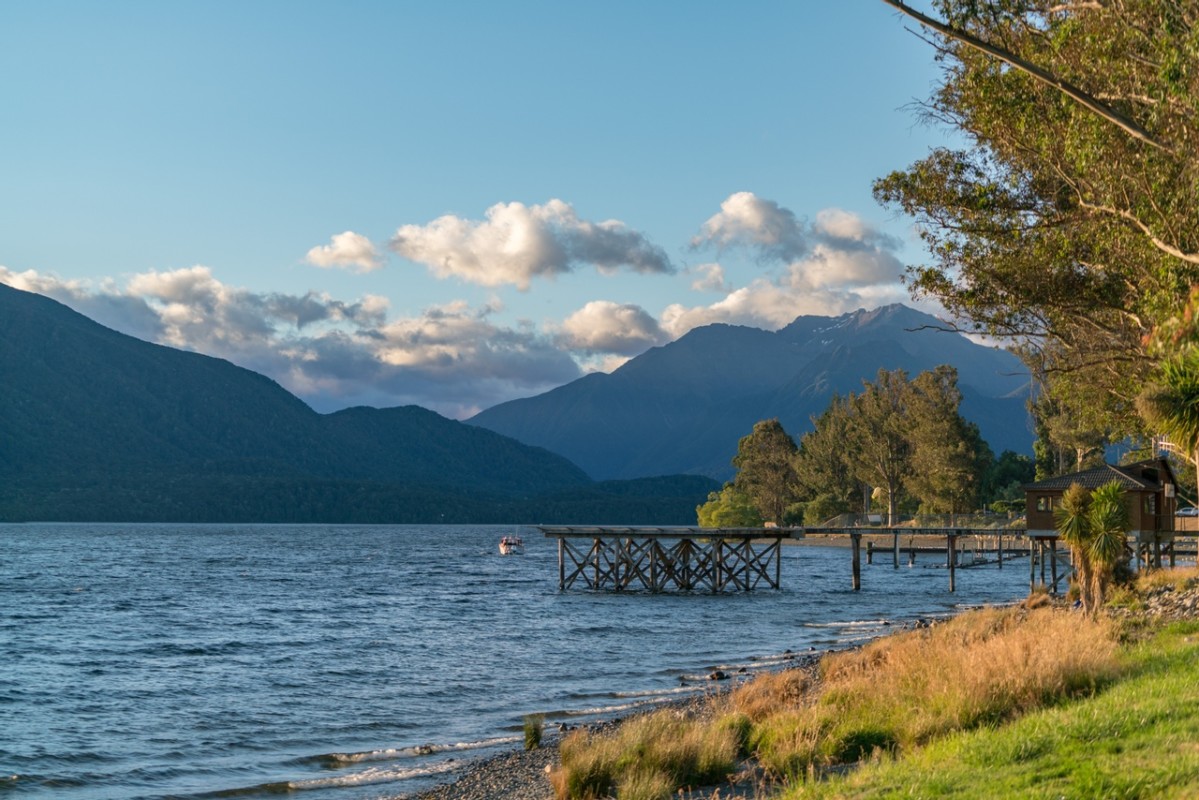 As the gateway to the World Heritage-listed Fiordland National Park, the lakeside town of Te Anau is often known as a stopover along the iconic Milford Sound route, however, those fortunate enough to stay a little longer quickly discover that Te Anau is well worth a visit in its own right. Nicknamed as the ‘walking capital of NZ’, Te Anau attracts nature-lovers and adventure-seekers from near and far – but it offers much more than just a stop to stock up on supplies and tie your shoes before embarking on the Milford, Routeburn or Kepler Tracks. Spend a while soaking up the sights before or after your Great Walk, and you’ll soon discover the hidden gems that await.

In pre-European times, the area was a common place for the Ngai Tahu iwi to rest and gather food whilst journeying between the South Island’s east and west coasts. However, the settlement of Te Anau only began to develop once the iconic Homer Tunnel was opened in 1954, as the first proper road access to Piopiotahi/Milford Sound.

Named after the lake it lies beside, there are many theories as to the origins of the name Te Anau, but today it’s most commonly translated as ‘the cave of swirling water’. This recognises an ancient Māori legend that mystical glowing caves lay hidden somewhere along the lake – and in fact, these underground glowworm grottos were rediscovered by intrepid explorers in 1948. 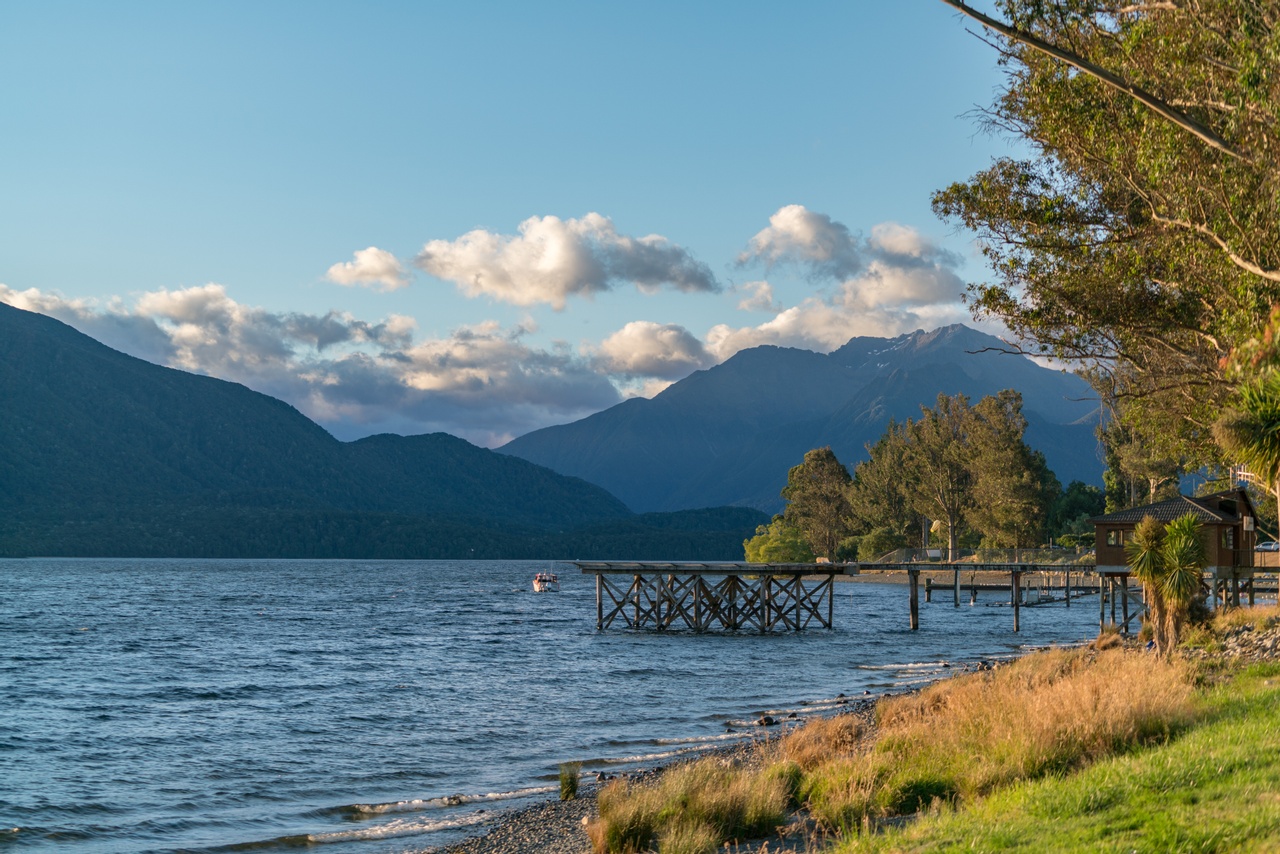 Lake Te Anau is the largest lake in the South Island, covering an area of 344km2. Credit: Great South/Videocopter.

Bordered by the majestic Mt Luxmore, Kepler Ranges and Murchison Mountains, the lake itself is the second largest in Aotearoa (behind Lake Taupō), and the biggest in the South Island – sitting at 210m above sea level, it measures 61km long and is 417m at its deepest point.

A trip to Te Anau wouldn’t be complete without spending some time in the picturesque lake, where glacial fiords and rugged mountainscapes meet lush native forests and rolling farmland. Synonymous with the classic Kiwi adventure – it lends itself to an incredible variety of outdoor pursuits and activities on the water – swimming, kayaking, sailing, waterskiing, jetboating, and plenty more. It’s also a haven for fly-fishers, with an abundance of rainbow trout and land-locked salmon awaiting those who cast their line in the lake (or one of the many neighbouring pristine rivers).

Te Anau is also home to an extensive variety of wildlife, and the town’s kaitiakitanga (guardianship and protection) have aided many endangered native bird species to thrive. The Department of Conservation has well-established breeding and rehabilitation programs in the area, and has played a major role in improving kākā, kererū, tūi, ruru, and parakeet populations. A visit to our friends at Punanga Manu o Te Anau/Te Anau Bird Sanctuary is highly recommended – particularly to see the precious takahē. This rare and flightless bird was thought to be extinct until they were rediscovered living in the neighbouring Murchison Mountains in 1948, and are now supported by DOC’s recovery efforts with a population of around 400. 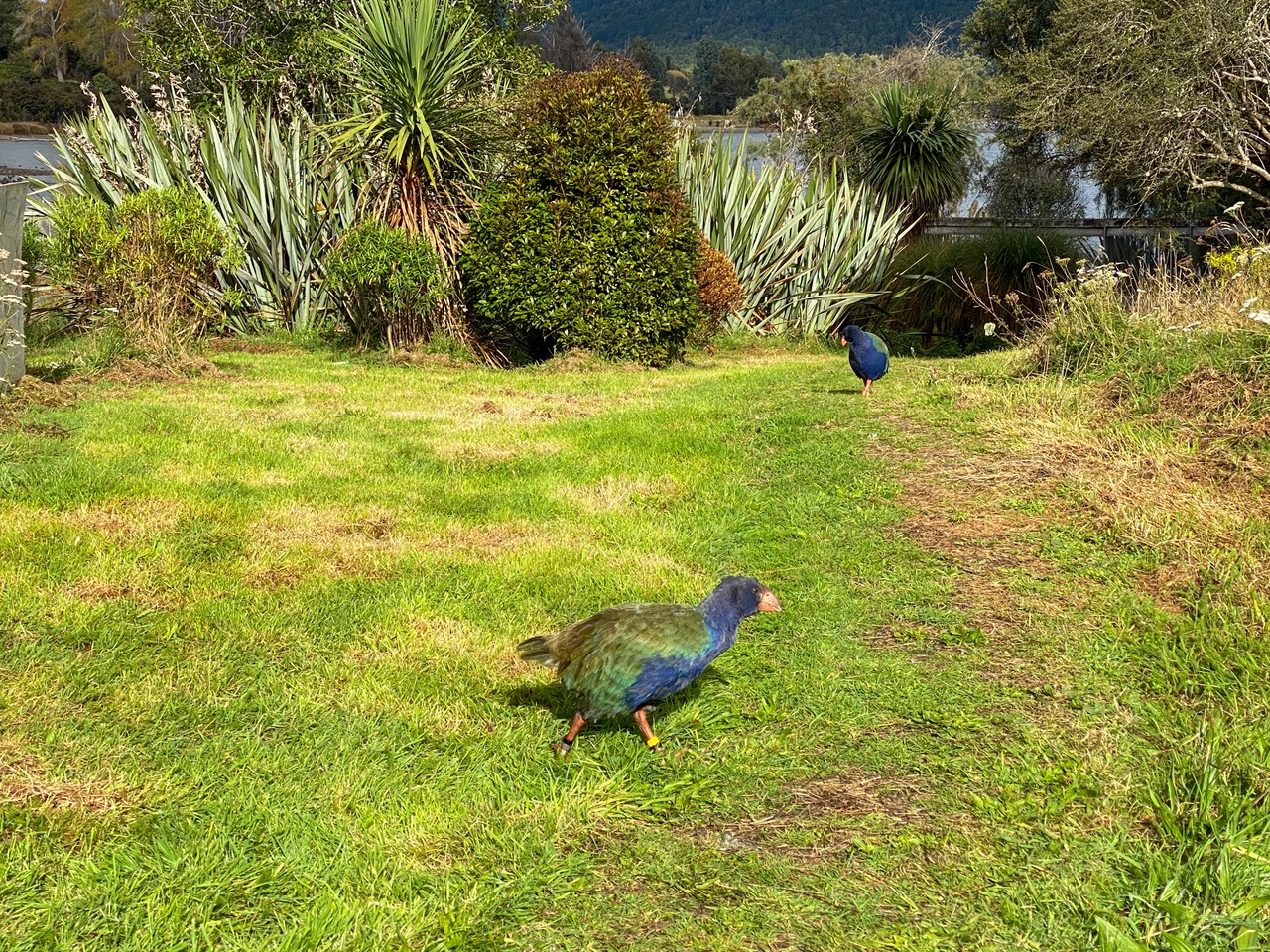 The western shores of the lake are home to a mysterious yet magical natural wonder, the Te Anau Glowworm Caves. Located just a short cruise across the lake from Radfords, these jaw-dropping limestone formations are an extraordinary sight. Don’t miss your chance to go on a guided walk and boat tour through the caves, and be captivated by the natural light show of hundreds of glistening glowworms above you. These 12,000-year-old subterranean caves are still geologically active – meaning the rushing waterfalls and whirlpools are still sculpting the rocks today. 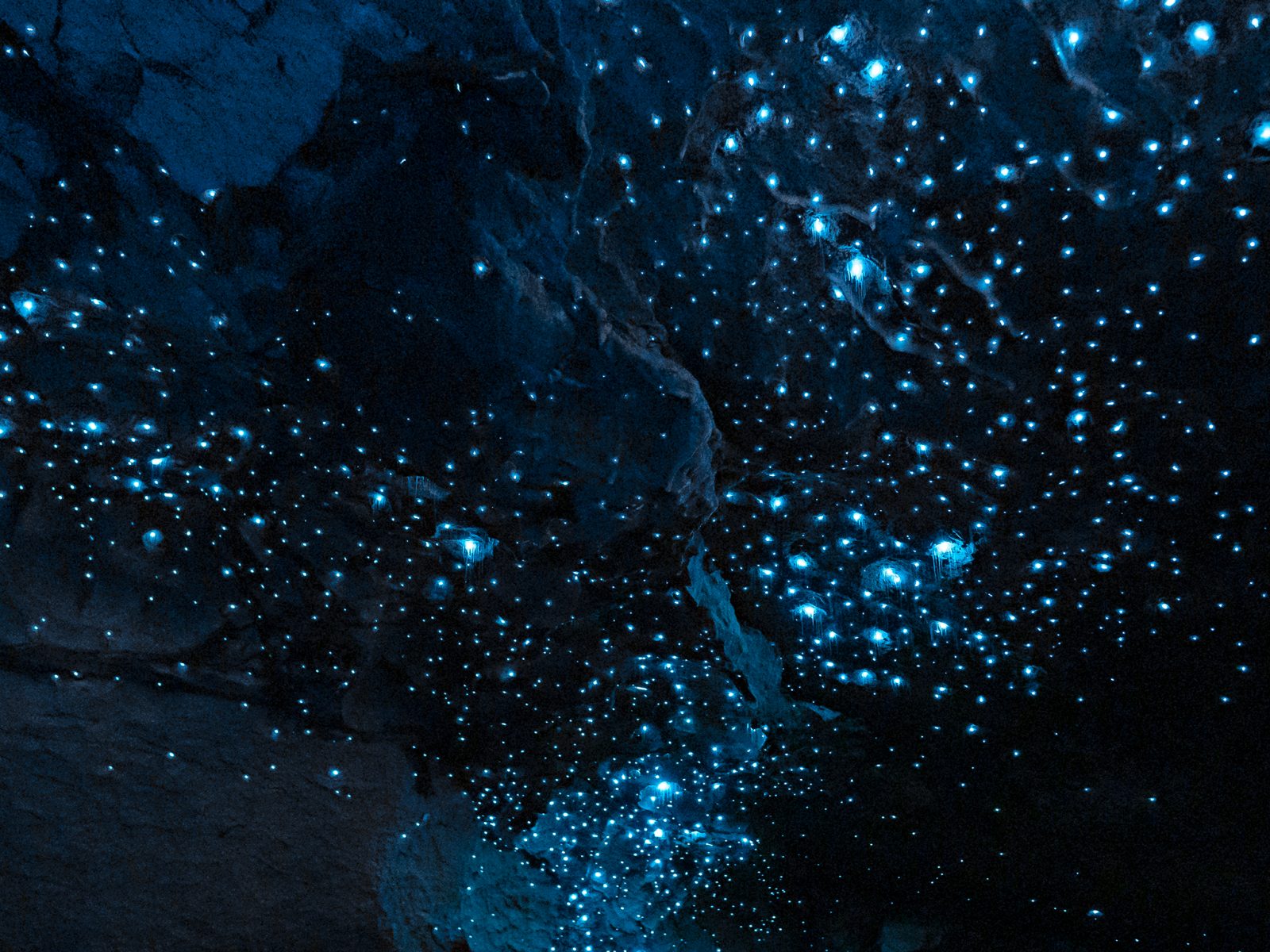 For film buffs, it’s no surprise that the wild and untouched landscapes of Fiordland are a popular backdrop for many Hollywood movies. Perhaps the most iconic are the sites featured in the Lord of the Rings and Hobbit trilogies. Basing yourself in Te Anau, visit the filming locations at Kepler Mire, Mavora Lakes, Waiau River, and Snowdon Forest.

With a population of just under 3000 people, the compact and charming town centre is easily walkable from Radfords. With a gentler and more laidback vibe than our bigger neighbour of Queenstown, it’s a town where you can easily enjoy some well-deserved R&R. Spending time in Te Anau is the ultimate wind down after your Fiordland National Park adventure – enjoy comfort and luxury whilst still getting that away-from-it-all feeling.

If you’re planning your next Milford Sound, Doubtful Sound or Fiordland hiking trip, book your accommodation with us today! A long weekend or short break at Radfords on the Lake is the perfect getaway to a special corner of New Zealand, where the tranquillity of untouched nature meets the adventure and thrills at Te Anau’s doorstep.

We are committed to preserving our beautiful surroundings and reducing our footprint on the environment.

Three generations working together ♥️ with the...

Need a Valentines gift for your loved one? ♥️ ...

Golden hour 🌅 taken on dusk just before the sun...

We were stoked to be able to host these lovely ...

All the gorgeous spring blossoms and bulbs out ...

Finalist…. With the MC

We love all of our guests, and sharing their joy ...